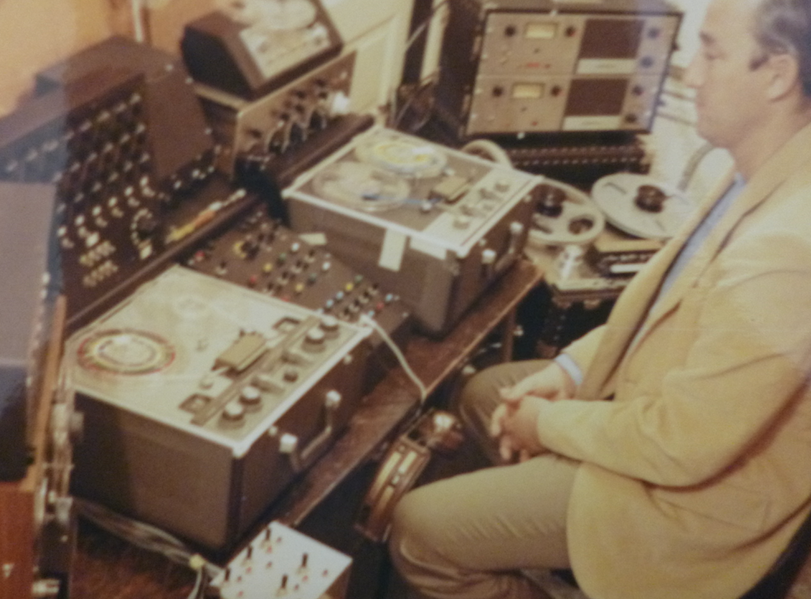 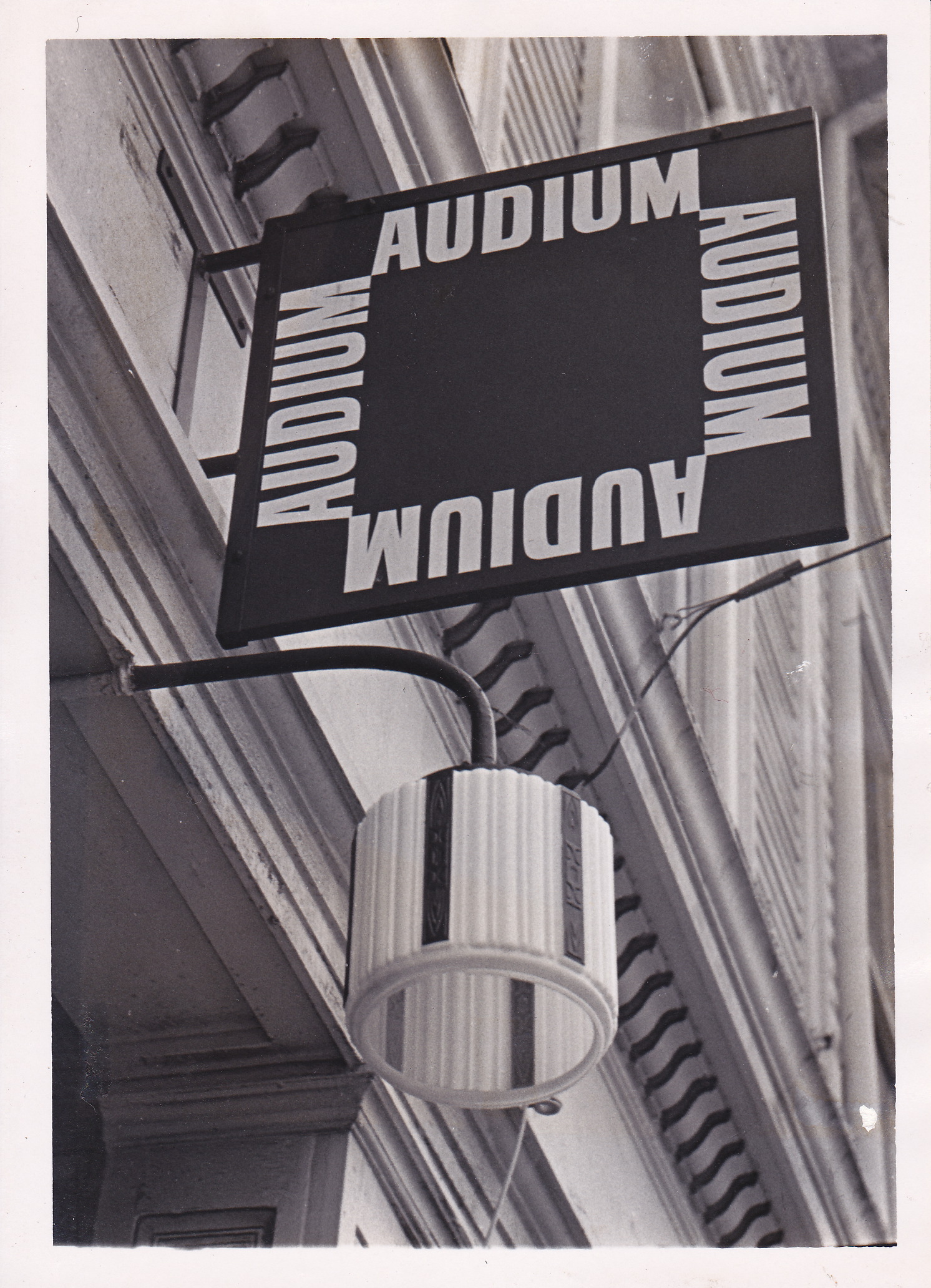 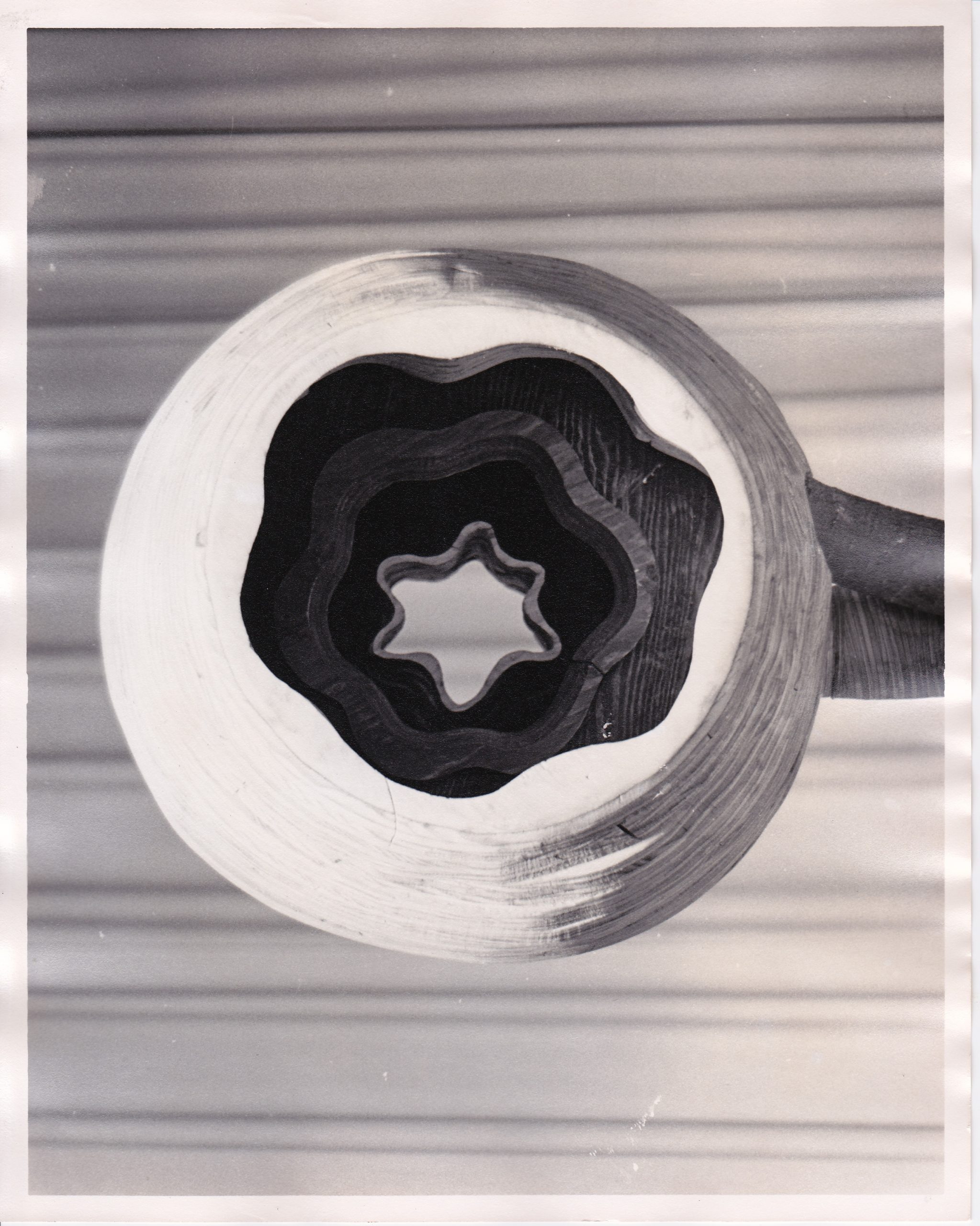 Paul Hertlendy, music critic for the Oakland Tribune, writes “Two local master craftsmen in music and acoustics have perfected a new technique… It could easily develop into a major art form of the coming decades.” 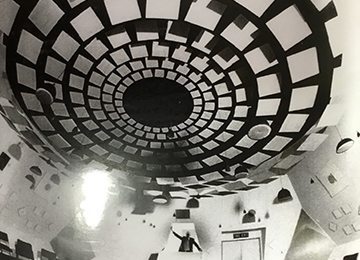 After 5 years’ construction and a series of grants from the NEA, Audium opens the doors to its permanent home at 1616 Bush Street. Audium VI premieres with the opening. 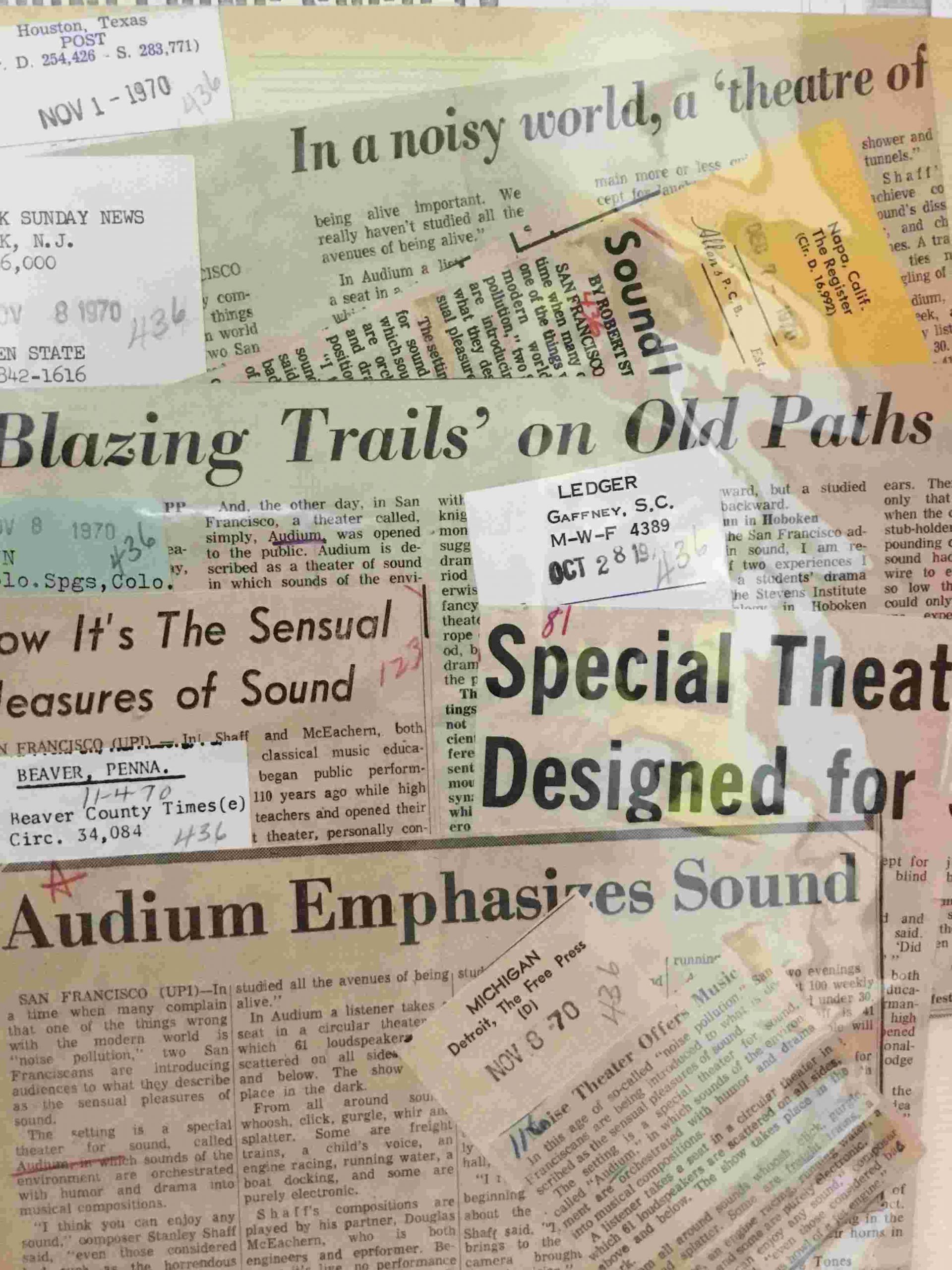 Review in LA Times, by critic David Johnston: “75 minutes of sensational aural stimulation…. Its sounds, in a blend that is both symphony and cacophony, seem to go beyond the eardrum to penetrate the soul.” 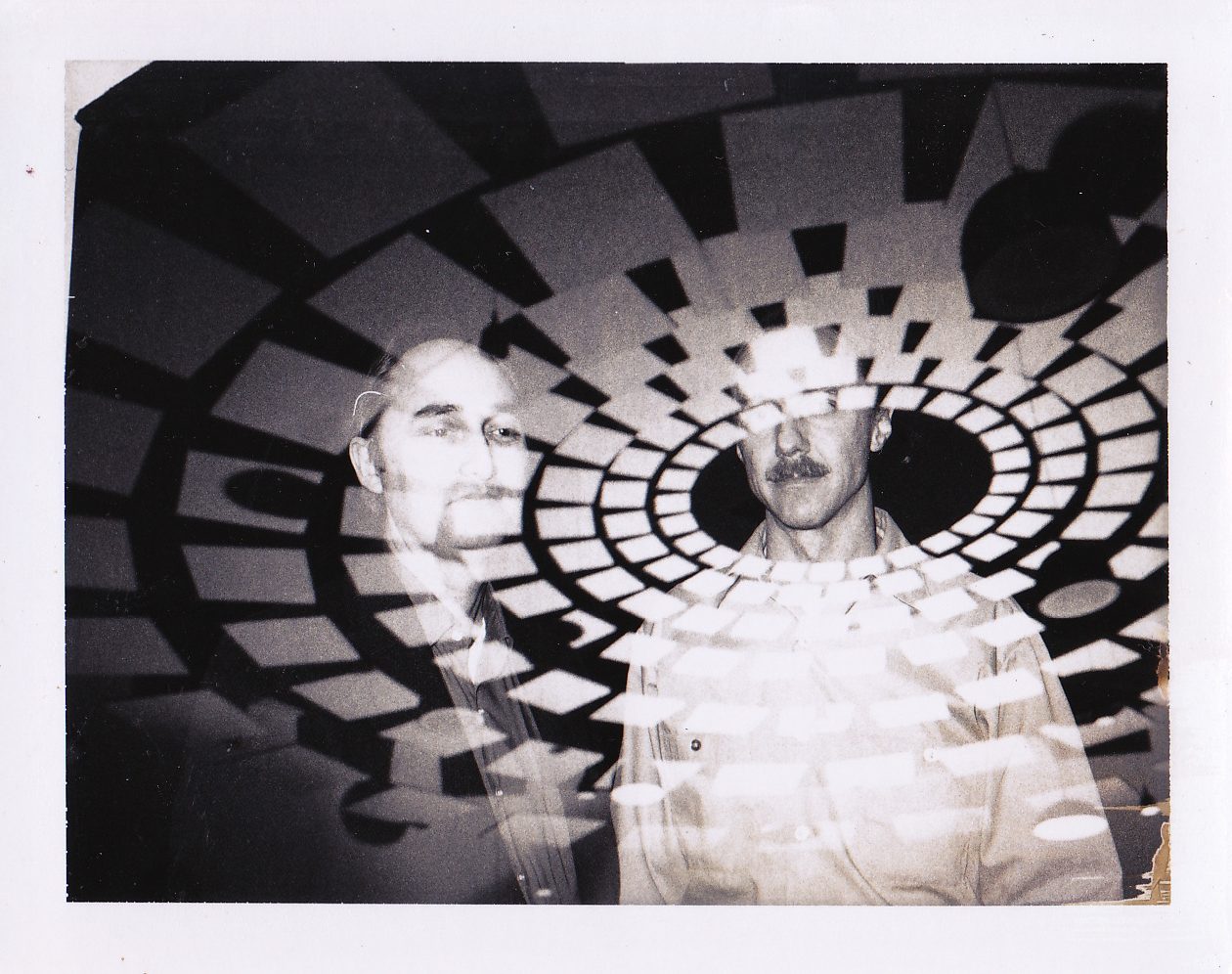 The Asahi Shinbun’s Iwao Sakane writes “Audium made me recall several experimental sound halls [of] the International Exposition held in Osaka in 1970. The experiment is being continued in America. And there is a man like Shaff who is engaged in bringing back music into the everyday life of mankind.” 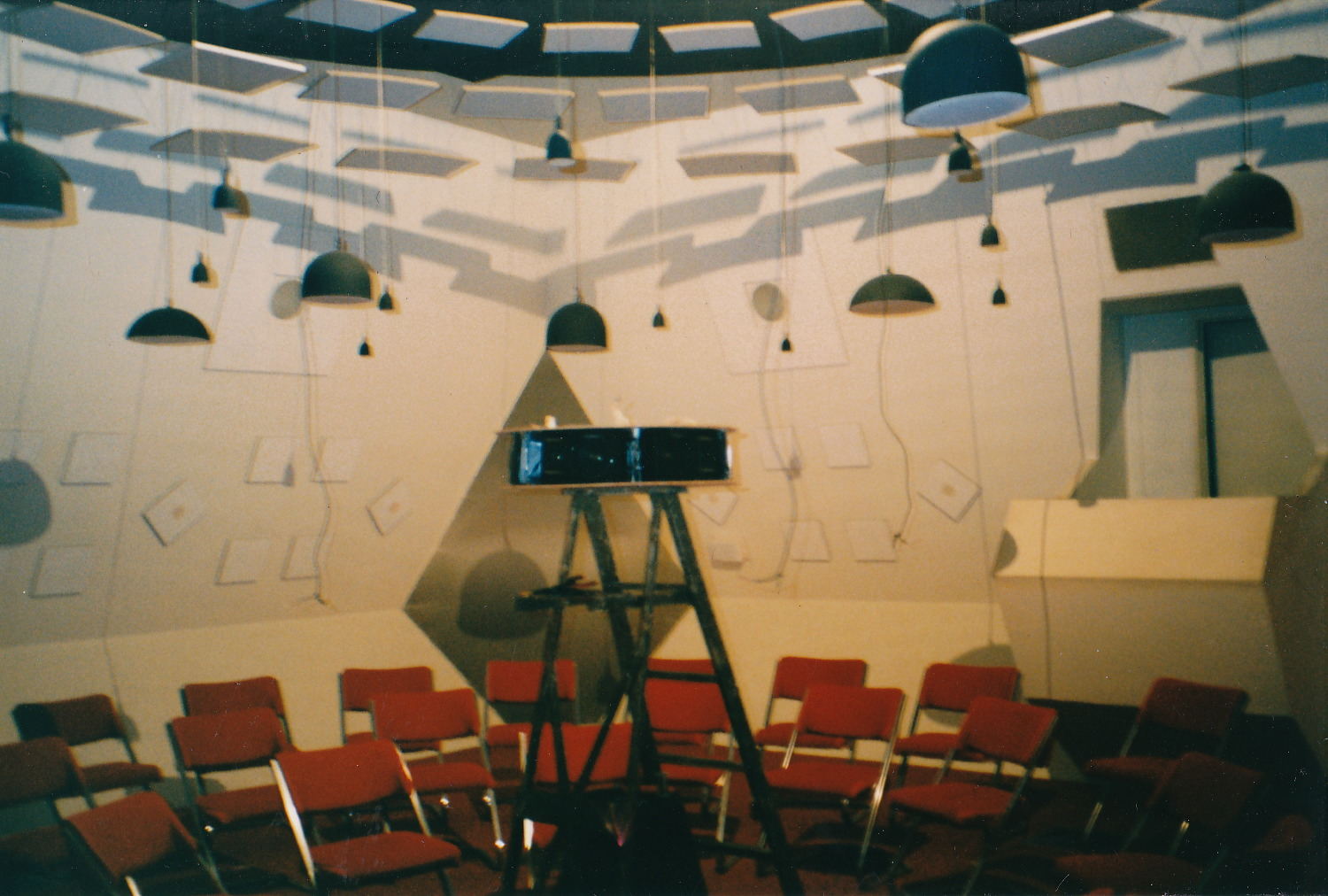 Additional “zip” speakers added underneath seats and in center. Added audio channels for lobby sound. Wired Magazine’s Colin Berry writes: “Shaff’s contribution lies in his realization that, if one is truly serious about utilizing space in music, one must configure the performance environment in ways that are inconceivable in a typical concert hall.” 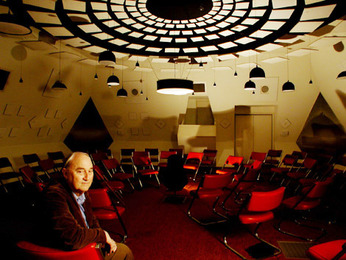 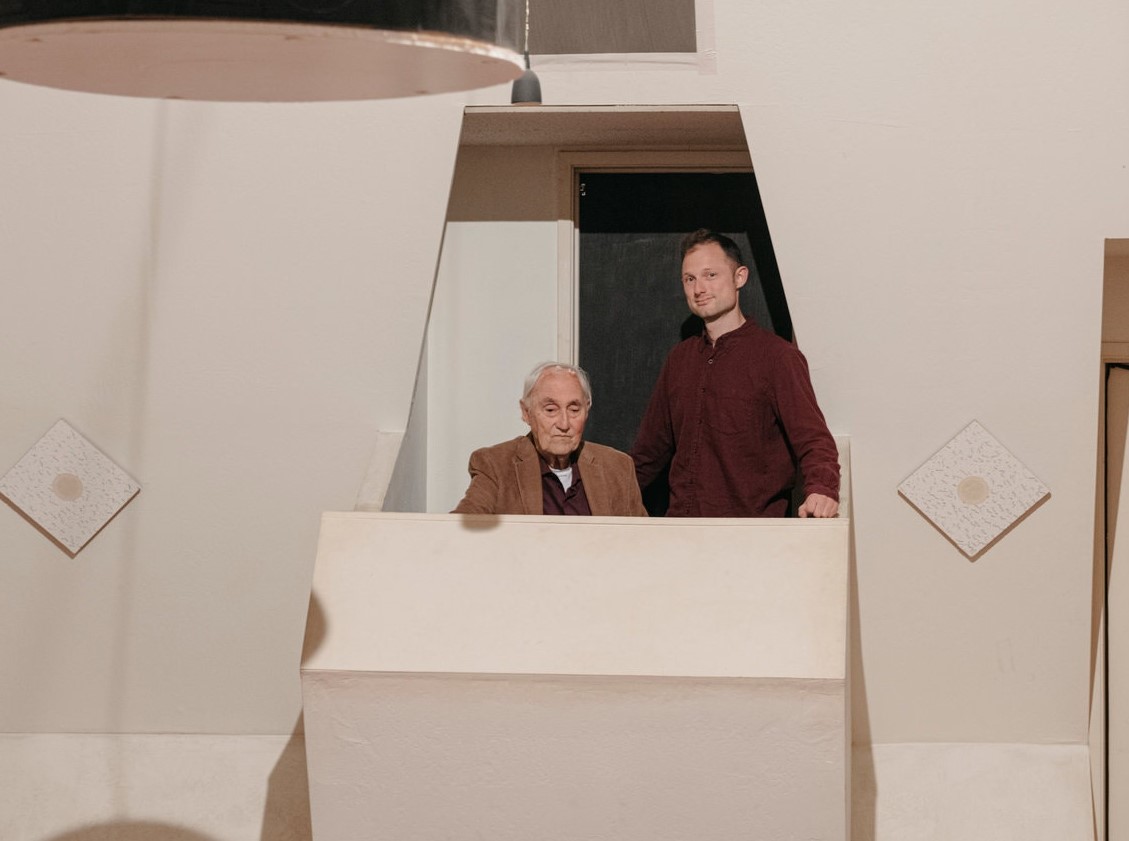 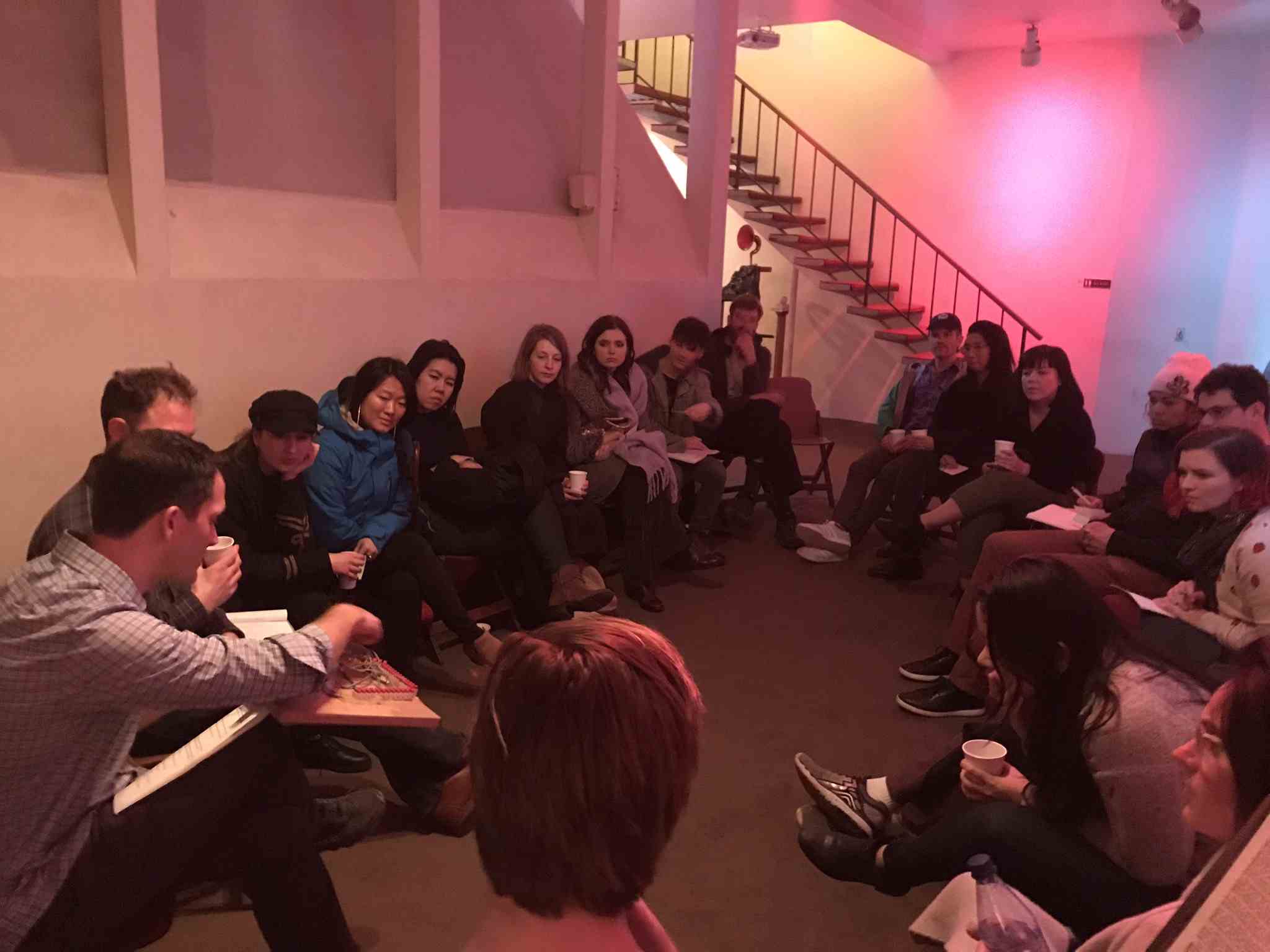 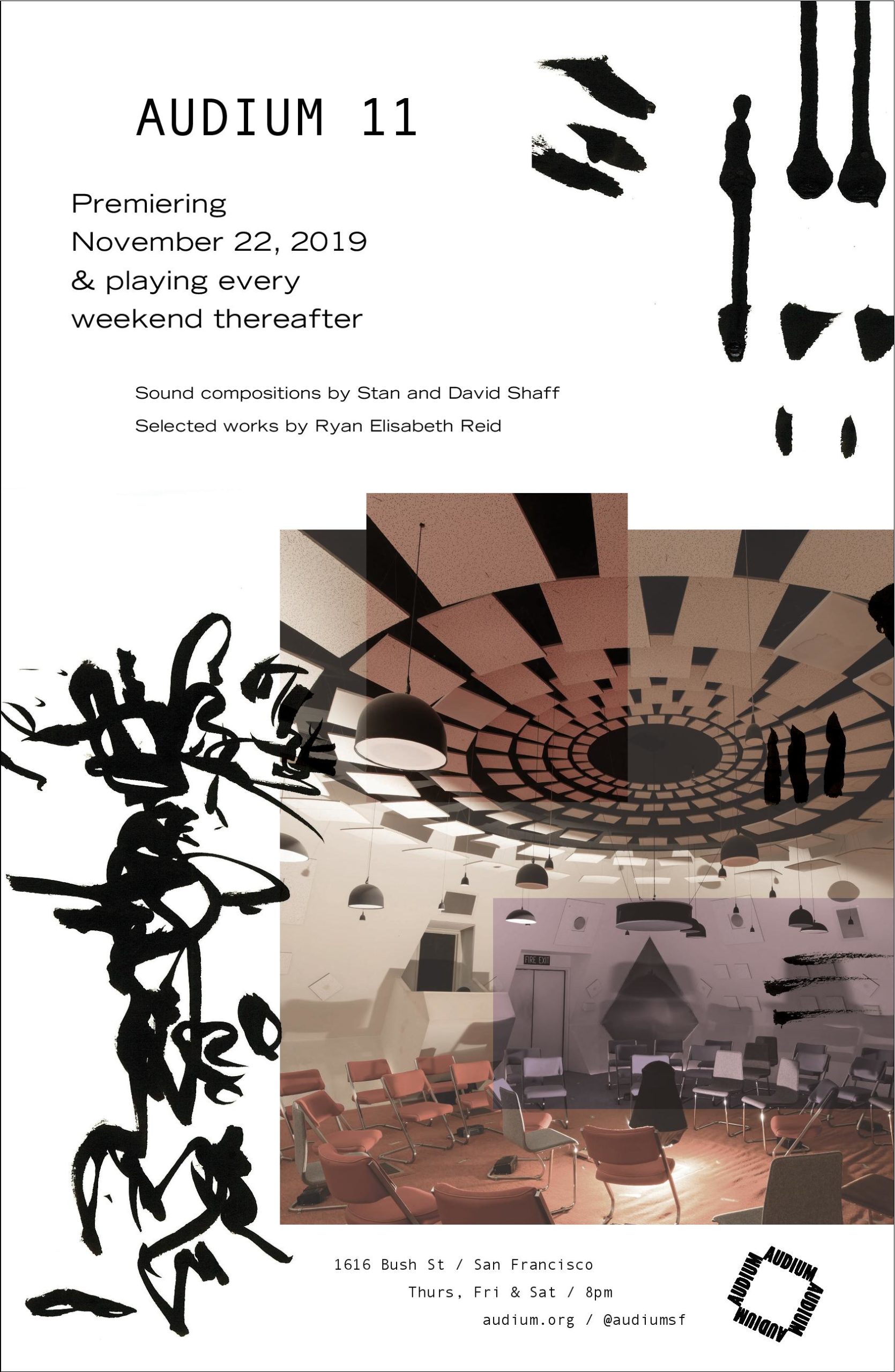 Composition by Stan and David Shaff. Visual art installation in lobby by Ryan Elisabeth Reid. Enhanced digital playback for full building, new digital live controls, two additional channels of audio. Hoodline’s Cedric Westphal writes “It’s the labor of love of a father-son team…. every element of Audium is crafted to fully immerse the audience in sound, from the entrance lobby to the bathrooms to the lighting.” 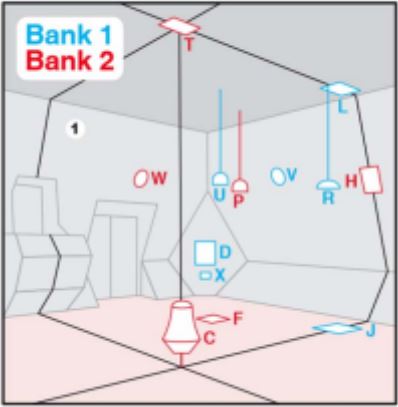 Fall 2020-2021: Full digitization of live sound control system; 6 channels of audio become 20 channels. Artist testing informs redesign of the system from the ground up with a seamless experience for all users. 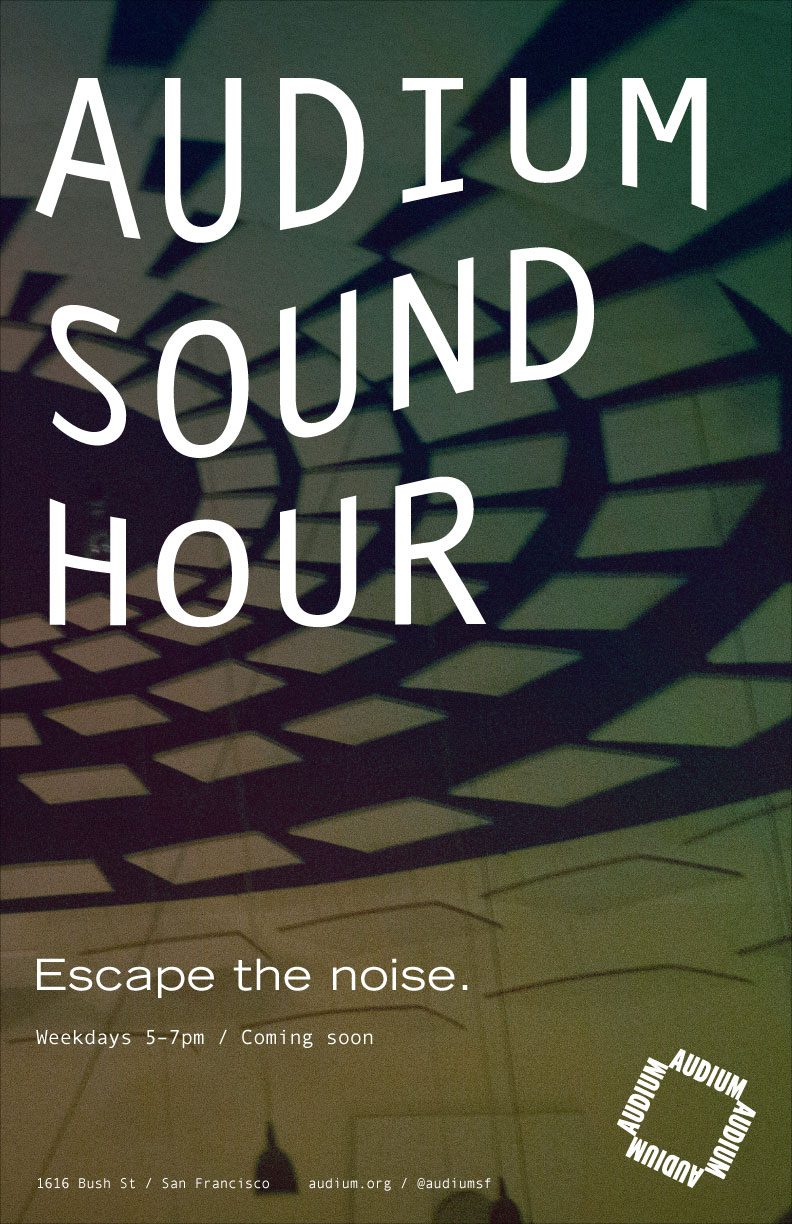 Composition & lobby installation by Dave Shaff. Culture critic Dan Gentile writes for SF Gate “The way the sound moves around the space feels fluid rather than mechanical, moved by a hand rather than a mouse….. To put it simply, the place has just got soul.” 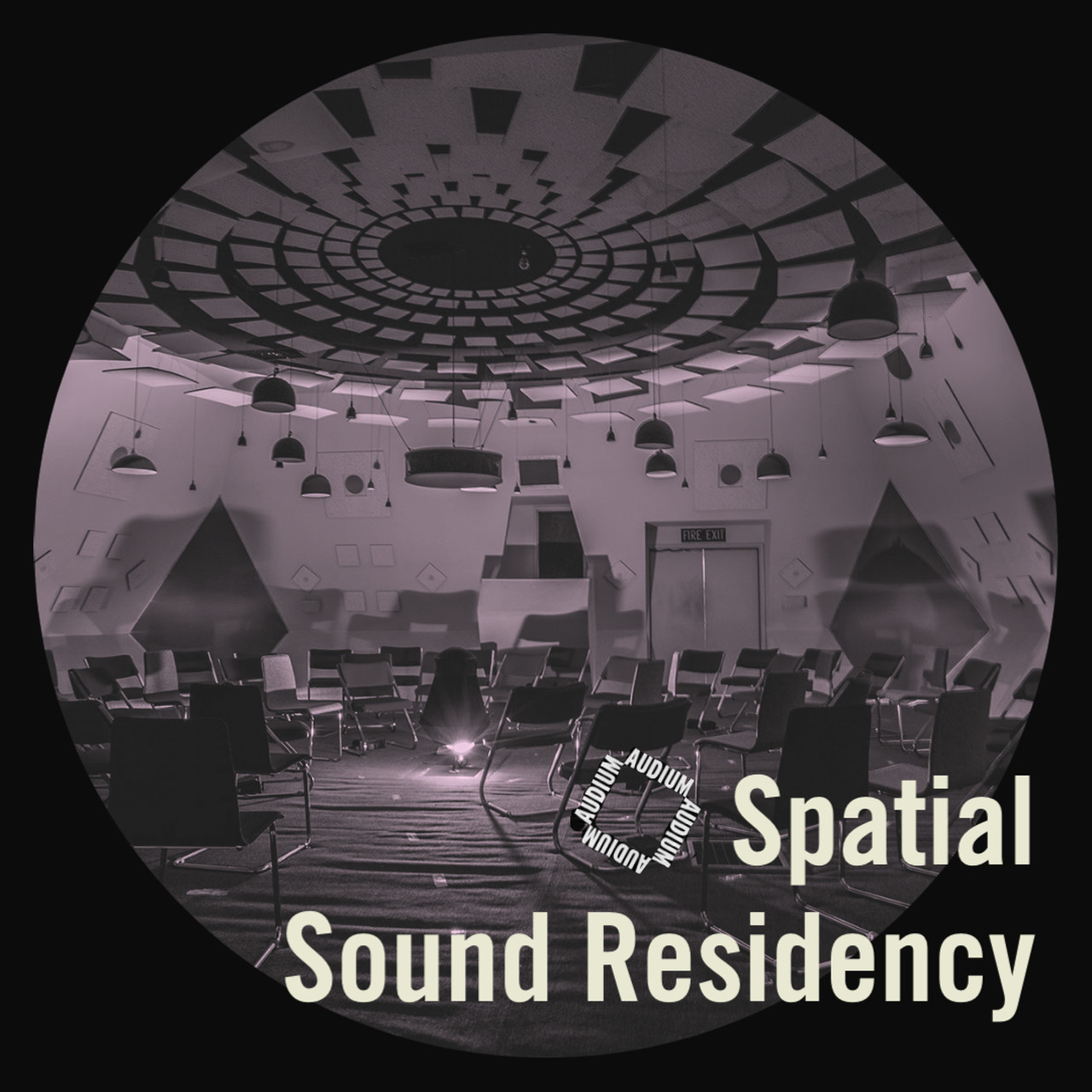 With the support of the National Endowment for the Arts, Audium’s inaugural Spatial Sound Residency Program supports 3 Bay Area artists in creating and performing new immersive works of sound, projection and light.